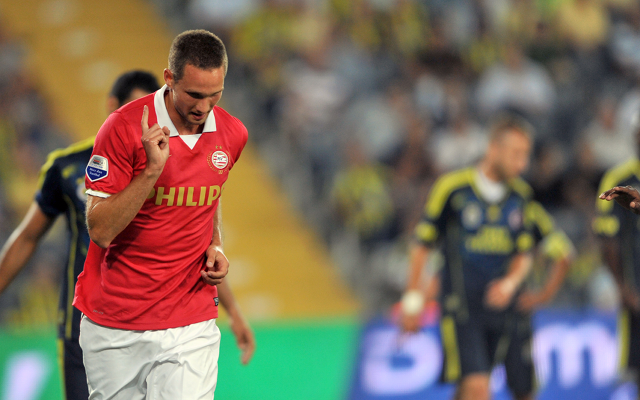 Slovenian ace to become latest to leave the Phillips Stadion.

PSV Eindhoven striker Tim Matavz has revealed that he could be open to an exit from the club at some point should a bigger side show an interest in landing his signature, Sky Sports reports.

Southampton have been linked with a move for the 24-year-old, whilst the likes of Lazio, Benfica and Stuttgart are all keeping an eye on his situation after he has impressed in his two years with the club.

The Slovenian international has bagged 41 goals in 82 games for the side since joining from fellow Eredivise side FC Groningen, but has admitted that he could move on should he receive a tempting offer from a greater side.

“Who wouldn’t? But so far I didn’t get an offer like that.

“But to leave PSV just for the sake of it? There isn’t any sense in that for me.”

Matavz is also a regular starter for Slovenia too, and has notched up 10 strikes in 24 appearances.