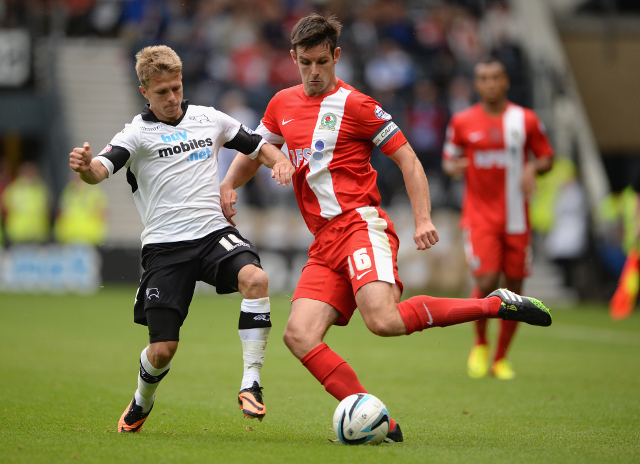 Swansea, Everton and Fulham are all weighing up moves for Blackburn defender Scott Dann, according to Sky Sports.

Blackburn defender Scott Dann is attracting big Premier League interest this summer having impressed early on in their fight for promotion from the Championship. Swansea, Everton and Fulham are all keeping tabs on Dann this summer, should they lose some of their star defenders this window. Dann is eager to move back into the Premier League, as Blackburn look to trim their wage bill this summer.

The 26-year old centre back, who has attracted interest from Liverpool, Arsenal and Chelsea in the past, is seen as an ideal replacement for Ashley Williams by Swansea, should they be forced to sell the Welsh international, with Arsenal keen on signing him. Blackburn have already brought in Matt Kilgallon this summer, and they are ready to part with Dann.

Fulham have already bolstered their defensive options this summer with the free transfer acquisition of Fernando Amorebieta from Athletic Bilbao, although, Martin Jol is an admirer of Scott Dann, and may make a move if a team comes in for sought-after defender Brede Hangeland. Roberto Martinez and Everton are also looking at Dann for defensive cover.

Dann has made 82 appearances for Blackburn since his £6million move from Birmingham on transfer deadline day in the summer of 2011, and has been a solid contributor to the club these past two seasons, but they deem him expendable now as they look to meet their wage requirements.