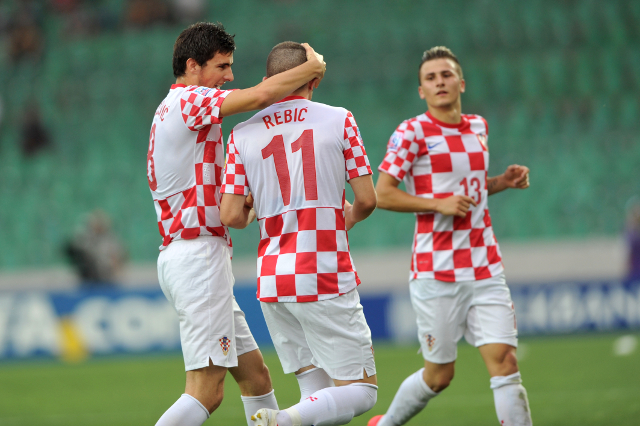 Swansea are rivalling Tottenham and Fiorentina for the signing of RNK Split striker Ante Rebic, reports the Daily Mail.

Swans manager Michael Laudrup has admitted he would like to bring in one more striker into his squad before the end of the transfer window, and is lining up a bid to sign highly-rated Croatian striker Ante Rebic. The teenager is also being lined up by fellow Premier League outfit Tottenham, and Italian side Fiorentina.

Both Spurs and Swansea have sent scouts to watch the 19-year old this past season and are keen on making an offer for him, but will have to act fast as Fiorentina have already made an undisclosed offer to RNK Split for their talented young forward. Rebic scored twice and assisted once during Croatia’s U20 World Cup campaign, and Spurs reportedly made a £5million offer in May.

Both Premier League sides are keen to add to their striking options. Swansea have only Wilfried Bony as a true out-and-out forward at the club, and want to bring in another forward having missed out on Matej Vydra. Spurs want competition for places at the club with both Emmanuel Adebayor and Jermain Defoe both available for the right price this summer.

Spurs missed out on signing David Villa from Barcelona this summer, but managed to lure Valencia striker Roberto Soldado to the club for a record fee of £26million. They are also weighing up a deal to sign Willian from Anzhi Mackachkala, who is also targeted by Liverpool.