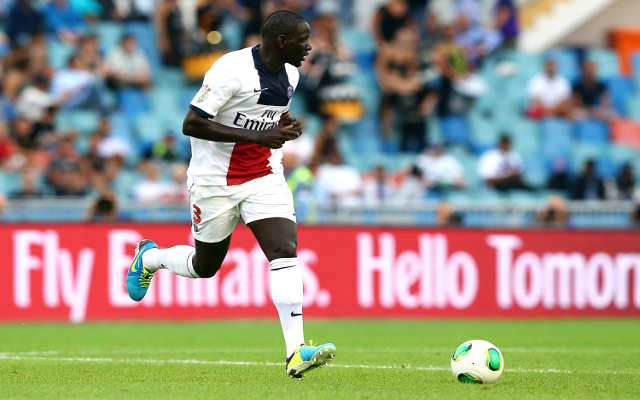 Sakho handed in a transfer request at Paris St Germain last week following talks with manager Laurent Blanc where the Frenchman told Sakho that he wouldn’t be guaranteed first team football this season.

AC Milan have entered the race to sign Paris St Germain centre back Mamadou Sakho, with Liverpool also being keen on the defender, the Daily Star reports.

Sakho wants to leave the French Champions after being told that he won’t be guaranteed a place in the clubs starting line-up by manager Laurent Blanc.

Liverpool made an £8 million bid for Sakho earlier in the month, with manager Brendan Rodgers eager to bolster his defensive options before the transfer closes on September 2nd.

However, the Reds will now face competition for the French centre back, with AC Milan keen on bringing Sakho to the San Siro.

Milan are hoping to tempt PSG in letting Sakho come to Italy on a season long loan, with the Italian club having the option of buying the centre back next summer.

Liverpool want to sign Sakho on a permanent deal and won’t consider a loan.

Sakho is desperate to leave PSG this summer in order to play at a club that will guarantee him first team football.

The defender wants to be a part of France’s squad for next summers World Cup and will only do that if he is playing regularly.