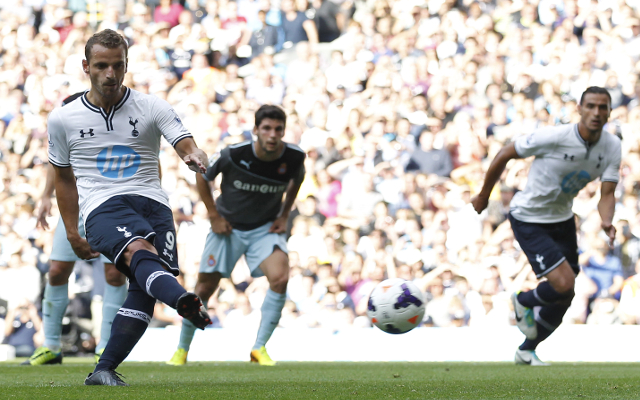 Tottenham manager Andre Vilas-Boas has backed striker Roberto Soldado to be a success at the club according to BBC Sport.

The club’s record signing made his debut against Crystal Palace this weekend where he netted the only goal of the game by slotting home a second half penalty.

AVB revealed that he expected Soldado to become fitter and sharper as he spends more time with the Tottenham squad.

The Portuguese boss went on to praise the rest of his summer signings, including Brazilian midfielder Paulinho, winger Nacer Chadli, and defensive midfield player Etienne Capoue.

Tottenham should have perhaps added to their tally but will go home happy with the three points.

AVB pointed out that Tottenham were the better team throughout the game and always held the upper hand over their London rivals.

Vilas-Boas admitted that it was never easy to play against a newly-promoted side on the first day of the season as it was often difficult to know what you would be up against.

He revealed he had been wary of Palace’s surprise factor but felt Spurs surprised Palace the intensity of their football.