Arsenal manager Arsene Wenger is ready to embark on a sensational £45million spending spree to strengthen the core areas of his squad, CaughtOffside can reveal.

With Tottenham spending big over the summer, the Gunners are under pressure in their bid to make the top four again, and Wenger is aware of the need to improve in every department on the pitch before the close of the transfer window. 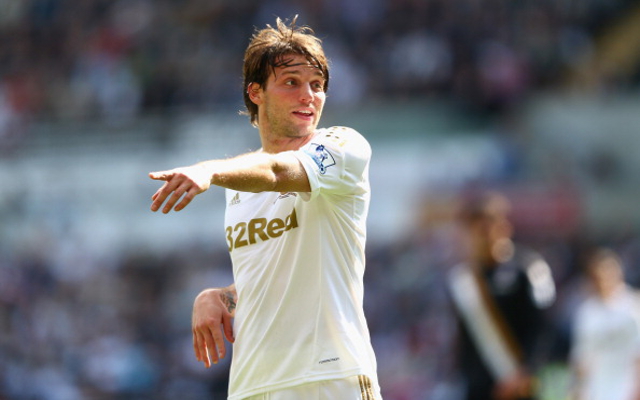 Arsenal will meet Swansea City’s asking price for Spanish striker Michu, and make the former Rayo Vallecano star their record signing. Michu will bring a huge profit to Swansea, who signed him for just £2million last summer, before he went on to take the Premier League by storm with 18 goals in 35 league games.

Having missed out on ambitious targets such as Gonzalo Higuain and Luis Suarez, Michu is seen as the next best option for Wenger, who is keen to have some competition for Olivier Giroud upfront. Although the Frenchman had a decent first season in England last year, Arsenal struggled at times to replace the goals of Robin van Persie, who made a shock move to rivals Manchester United for £24million.