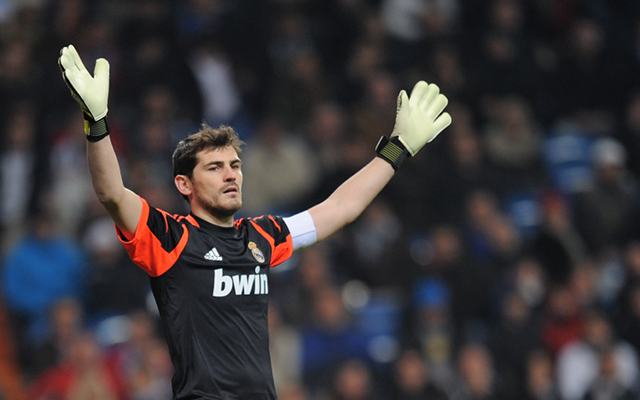 Arsenal could make an ambitious move for Real Madrid goalkeeper Iker Casillas, with the Daily Mail reporting that the unsettled Spaniard is now one of the club’s top targets.

The 32-year-old, widely regarded as the best goalkeeper in the world, has been at Real Madrid for his entire career, though he has recently become unsettled at the club after being dropped to the bench in favour of Diego Lopez.

Casillas’ troubles started under Jose Mourinho last season, and look to have continued under new boss Carlo Ancelotti this year, as he sat out the club’s opening game of La Liga against Real Betis at the Bernabeu.

Arsenal are keen to bring in an upgrade on young and error-prone Wojciech Szczesny between the posts, with continuing fitness problems halting backup Lukasz Fabianski’s progress as well.

The Gunners have been linked with a number of shot stoppers all summer, and were widely tipped to be in for Julio Cesar of Queens Park Rangers, though a move never materialised.

Most recently, they were thought to be holding talks with Valencia over Vicente Guaita, but Arsene Wenger could look to appease the club’s frustrated fans with the marquee signing of Casillas.

They may have to pay as much as £15million for the World Cup winner, which could be a stumbling block as he will have little sell-on potential for Arsenal.