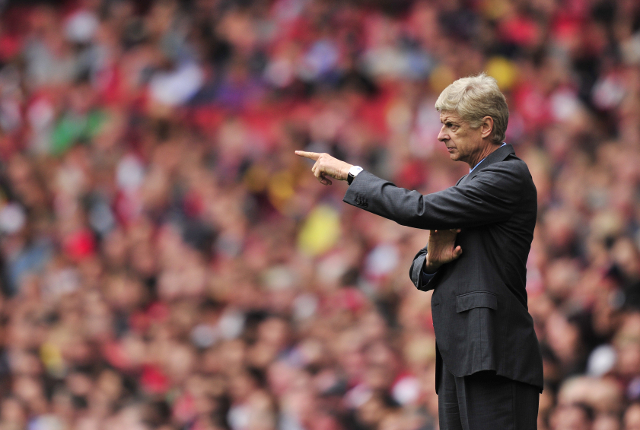 Arsene Wenger has come under fire from Arsenal’s fans recently for failing to sign any quality players so far this summer.

Arsenal’s Supporters Trust (AST) have said that manager Arsene Wenger shouldn’t be offered a new contract and the club should instead focus on bringing in some quality players before the transfer closes, BBC Sport reports.

Arsenal haven’t spent any money in the transfer window so far despite reports suggesting that Wenger has around £70 million to spend.

This has angered many Arsenal supporters, who voiced their frustration at the clubs lack of movement in the transfer window after the Gunners 3-1 defeat to Aston Villa on the opening day of the Premier League season.

“Chief executive Ivan Gazidis has spoken of the intent to offer Wenger a new contract. We believe this is inappropriate,” read an AST statement.

“The entire focus must be on using the remaining days of the transfer window to strengthen the team significantly.”

At the end of last season, Gazidis revealed that the club were ready to spend big after an “escalation in our financial firepower” created by new television and sponsorship deals.

Arsenal have only signed French striker Yaya Sanogo on a free transfer so far this summer despite the club being linked with a number of big names.

The Gunners main target is thought to be Liverpool striker Luis Suarez but the Uruguayan looks set to remain at Anfield after apologising to his team mates for trying to force through a move to Arsenal.

Gonzalo Higuain and Luiz Gustavo were also targets for Arsene Wenger but they decided to move to different clubs, leaving Arsenal to look for alternatives.