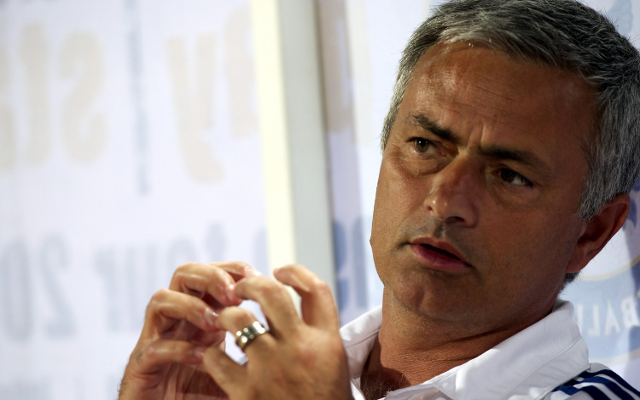 Chelsea boss keen to bring in new striker before end of transfer window.

Chelsea manager Jose Mourinho has claimed that club will do everything they can to bring in a new striker before the end of the transfer window according to BBC Sport.

Mourinho enjoyed his first game back in charge of Chelsea this weekend as his side ran out 2-0 winners against Hull City Tigers.

The Portuguese boss started with Spanish striker Fernando Torres up front, and later brought on Belgian youngster Romelu Lukaku but it is thought that he is keen to bolster his attacking options.

Chelsea have been strongly linked with a move for Manchester United striker Wayne Rooney, despite the Premier League champions insisting that he is not for sale.

The Blues have already had two bids turned down for the England star but it is expected that Chelsea will return with an improved offer before the transfer window shuts.

Anzhi Makhacklala striker Samuel Eto’o has also been muted as a potential option. The Cameroonian star and his team-mates have all been put up for sale by Anzhi after the club’s owner decided on a change in direction.

Mourinho remained coy when asked who he would be targeting though, insisting that he would not name players who belong to other clubs.