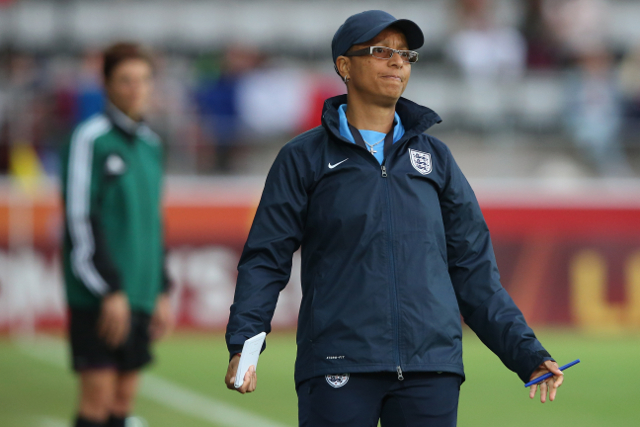 Hope Powell had been sacked as manager of the England women’s senior football team after a disappointing display at the recent European Championships in Sweden reports The Independent.

The 46-year-old has spent the last 15 years in charge of the national team following a successful playing career but was heavily criticised following their group stage elimination last month. Powell’s side bowed out in first round after two defeats and a draw in what was their worst performance at a European Championship since 2001 which led to concerns about her future in the role.

Powell said: “I leave very honoured to have contributed to all of the collective achievements of the group over the past 15 years.”

In a statement issued via the League Managers Association, she added: “The women’s game as a whole has made significant progress during this time and will continue to do so in years to come. I am extremely proud to have played some part in the development of women’s football as a whole.

“At this stage, I would just like to thank all of the players and staff at the FA who I have worked with during my time in charge of all the England women’s international teams. I sincerely wish the current group of players and my successor the very best for the future.”

Powell’s greatest success came as England reached the final at Euro 2009 and she also twice led her team to the World Cup quarter final in 2007 and 2011.

FA general secretary Alex Horne declared that after “the disappointment” of Euro 2013 “the time is right to make a change and for a fresh outlook”.

He added: “Hope deserves a lot of credit for her commitment to developing the national teams over such a long period.

“Hope will always be welcome back at Wembley Stadium and [national football centre] St George’s Park and she leaves a strong legacy, having helped the FA build the women’s game to the strong position it is in today.”

It is understood the FA are planning to have a replacement in for the World Cup qualifier against Belarus on 21 September, although England Under-19 boss Mo Marley could act as temporary cover.