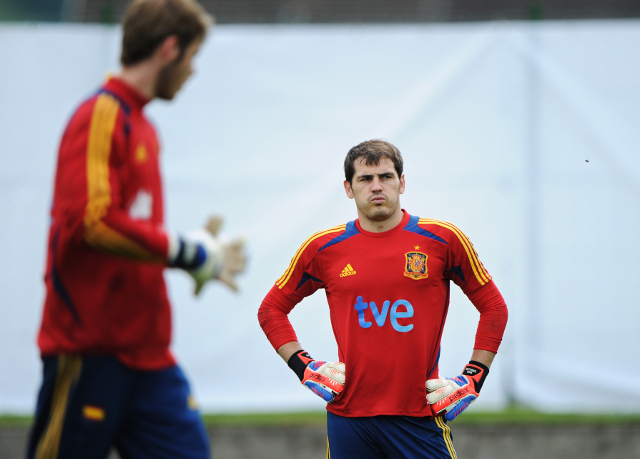 Man United are reportedly looking to bring in Real Madrid keeper Iker Casillas with speculation rife that the Spanish international could be signed to replace David de Gea, who in turn has been linked with a move to Barcelona according to the Daily Express.

32 year old Casillas is said to be leaning towards a move to Old Trafford ahead of a possible switch to interested Premier League rivals Arsenal and Chelsea, and this source claims that this could work well given that youngster De Gea has been linked with a move to replace Victor Valdes at the Nou Camp.

Valdes has a year to run on his current deal and is expected to leave the Catalan side which could lead the La Liga title holders to attempt a move to bring in former Atletico Madrid custodian De Gea back to his native Spain.

Last term Casillas was frozen out of first team action under Jose Mourinho but any hopes that the situation would improve with the arrival of new boss Carlo Ancelotti have been snuffed out following the Italian’s decision to leave the World Cup winner on the bench for the first La Liga fixture of the season.

Casillas is considered one of the best keepers in Europe so will not be happy to warm the bench much longer and David Moyes may feel that a move for the Real Madrid man makes a great deal of sense if indeed he is available and open to a move to the Premier League side.