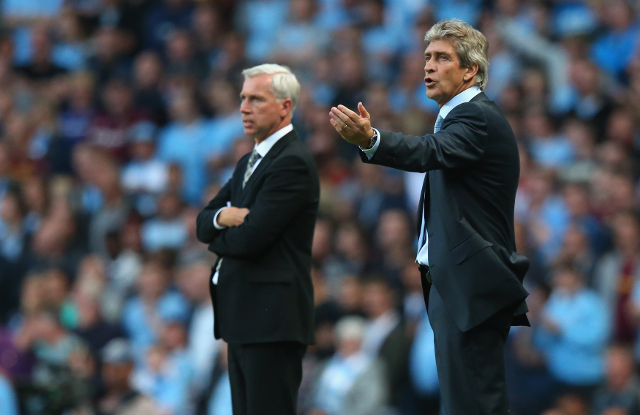 Manchester City manager Manuel Pellegrini has set his squad the task of challenging in all four major competitions this season, according to Sky Sports.

The Chilean replaced his predecessor Roberto Mancini in the summer, and has spent £90million on improving the squad that could only finish as runners-up in the Premier League and FA Cup last season.

The club have also struggled in their first two seasons in the Champions League, failing to get out of the group stages on both occasions.

Big names such as Jesus Navas, Stevan Jovetic, Alvaro Negredo and Fernandinho have been brought to the club this summer, and ahead of his first Premier League game tonight, Pellegrini says the quality of the players at his disposal makes him confident going into the new season.

Asked if he was nervous, the former Malaga manager said: “No, absolutely not. I have a very good squad so I am not nervous.

“For me the Champions League is very, very important but so is the Premier League.

“I will try to play for the four – FA Cup, Capital One Cup, Champions League and Premier League, to try to win them all.

“We have a strong squad to try to win it all.

“I think we will try to do our best in all the competitions and when we finish the year we will see what happens with how many trophies we have won.”

Pellegrini has never won a major trophy in his time in Europe, though he earned great plaudits for his work in Spain with Villareal, Real Madrid and, most recently, Malaga.

His Manchester City side kicked off the Premier League season at the Etihad Stadium last night with a 4-0 win over Newcastle United.