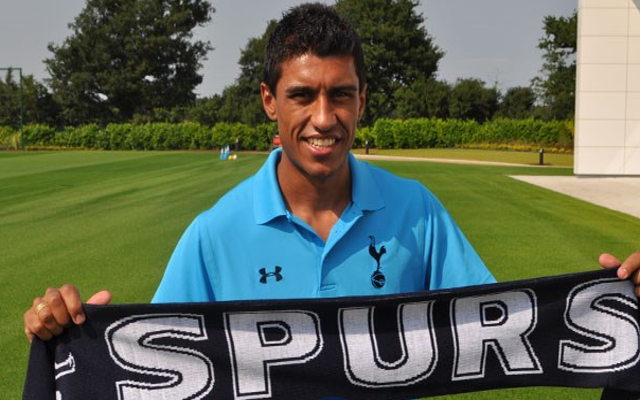 Bale has been the subject of heavy speculation linking him with a move to Spanish giants Real Madrid, despite Spurs’ continued insistence that the Welsh international is not for sale.

Reports of an £85 million bid being made have been widely circulated, and Paulinho admits that he isn’t sure what his new teammate is thinking, though he admitted that he would love to line up alongside Bale in the squad this season.

“I sincerely don’t know, but I think this is something more private for Bale, he doesn’t tell me anything,” he told Fox Sports Brazil.

“But I hope he continues with us, so that he can help us. He is a great player and achieved great stats last season, so I hope he stays with us.”

The Brazilian impressed on his full Spurs debut, a 1-0 win over Crystal Palace, and he says he is delighted with his start to life in England.

“I am very happy with the win in the Premier League and also for getting the Man of the Match trophy on my debut,” the 25-year old said to ESPN Brazil.