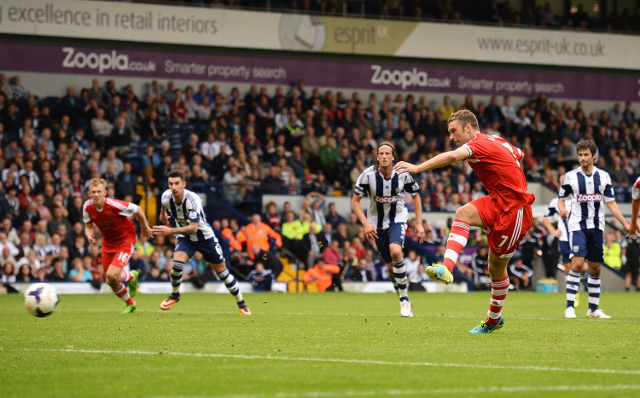 Saints striker wants to stay on the south coast.

Southampton striker Rickie Lambert has said that he never once considered leaving the club in order to achieve his England dream, Sky Sports reports.

The 31-year-old was handed his international debut last week by Roy Hodgson and he took his moment to shine by powering in the winning goal after coming on as a substitute in the second half of the 3-2 victory.

Lambert continued his good goalscoring form over the weekend too as he converted a last minute penalty to give the Saints an opening day victory over West Bromwich Albion, and afterwards he spoke of his love for the club, insisting that he is already on the ideal stage to showcase his talents and that he never even considered leaving.

“I knew that it would mean a lot to the Southampton fans and the club to see one of their own involved with England. They’ve always backed me.

“I always thought my best chance of playing for England was with Southampton.

“I played in 38 games in the Premier League. I don’t think there are too may England-qualified strikers who get that opportunity.

“But I’d never have thought about leaving Southampton to enhance my England prospects.”