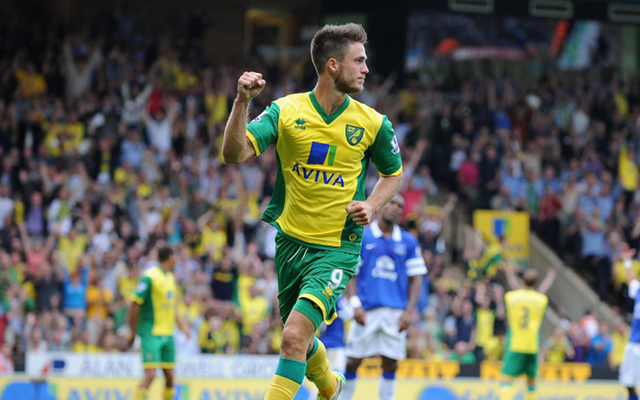 New Norwich City striker Ricky van Wolfswinkel has revealed that it was the advice of Manchester United’s Robin Van Persie that convinced him to swap Sporting Lisbon for East Anglia, the Daily Mail reports.

The 24-year-old had signed on with the Canaries before the summer, but had to wait for the transfer window to open before he could complete the switch, and he has said that it was whilst linking up with the national side that he spoke to his Manchester United counterpart.

Van Wolfswinkel was being tracked by some of Europe’s bigger teams, but opted for Norwich after they followed up their interest with a club record £8.5million bid.

“When I was with the national team, I spoke to Robin Van Persie before I signed for Norwich. He said that Norwich had made a big impression on him,” Van Wolfswinkel explained.

“He said that they were always a difficult team to play against and that their crowd really got behind them. I know that they beat Manchester United 1-0 last season.

“From the first moment that I signed for Norwich, this was the day that I’ve been waiting for; to play in front of a full house at Norwich. I like the whole atmosphere around the club, the stadium and the city. For me it’s just the perfect place to play.”

Van Wolfswinkel opened his account at the weekend by netting in the side’s 2-2 draw with Everton.