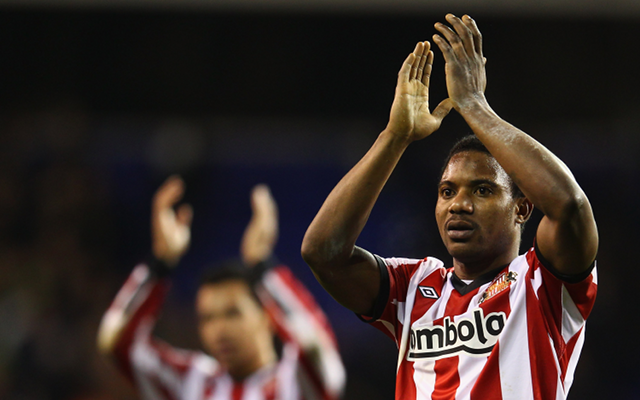 Black Cats are in urgent need of a playmaker at the Stadium of Light.

Sunderland head coach Paolo Di Canio may have to sell front man Stephane Sessegnon this summer in order to raise the funds needed to bring in a new creative midfield player, according to reports in the Sunderland Echo.

The Black Cats’ boss has made the capture of a playmaker his number one priority of the close-season transfer window, however, as yet the Italian has been unsuccessful in his attempts to find such a player.

Di Canio recently missed out on Tottenham Hotspur midfield creator Tom Huddlestone, who opted to join newly promoted Hull City ahead of moving to the Stadium of Light.

And now following Saturday’s disappointing 1-0 home loss to Fulham in the club’s opening Premier League fixture of the new campaign, Di Canio has stepped up his search for more invention in the centre of the park, although the Sunderland manager has been told that he may have to first offload his coveted Belgium international in order to bring in the funds to land his main target.

Sessegnon, who has a contract in the north east that runs until June 2015, has been at Sunderland for the past two-and-a-half seasons now, during which time the attacker has netted 18 goals in 96 matches in total for the club.