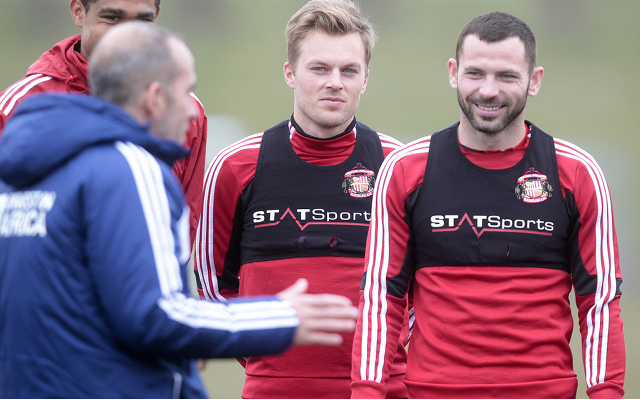 Sunderland defender Phil Bardsley has been handed an immediate and indefinite suspension by manager Paolo Di Canio after openly mocking the club’s opening day defeat to Fulham on Twitter, the Daily Mail reports.

The Fiery Italian has acted quickly to show that indiscipline will not be tolerated at the club, hitting the Scottish international with a banning order preventing him from entering Academy of Light training ground, and he has not intimated how long the ban will last.

The tweet provoked an angry backlash from supporters and Bardsley was called to the club on Sunday to explain his actions to the management.

He has been ‘fully suspended’ now and will most likely be sold within the next few days, and ironically it is Fulham who are said to be leading the charge to land his signature.

It is the second time Bardsley has upset the club, Di Canio and fans on-line. Just hours before the side’s last game of the season back in May against Spurs, the 27-year-old was pictured on the floor of a Newcastle nightclub covered in £50 notes. He was subsequently dropped from the side and forced to spend the summer with the development squad, where he was injured last week during a friendly.