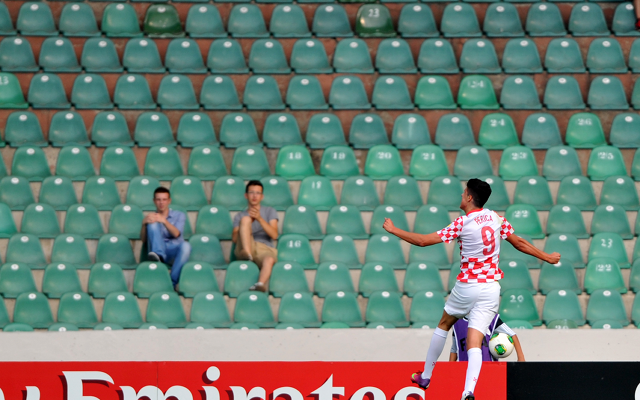 Chelsea teenager Stipe Perica is set to join Eredivise side NAC Breda after the Dutch club confirmed that he would be joining on a season long loan, Sky Sports reports.

The 18-year-old forward only joined the Stamford Bridge outfit at the beginning of August, having beaten off some serious competition for his signature to bring him in from Croatian side NK Zadar, however, he is not expected to be ready for first team action anytime soon.

And rather than let him spend time in the reserves, Chelsea boss Jose Mourinho has decided to allow the Croatian under-20 international out on loan to a club that may be able to offer him more first team action than the Blues.

NAC technical director Jeffrey van As confirming the Eredivisie outfit are close to completing a loan deal for the forward.

“It’s well known we don’t have any money to spend. But the guy is a big talent and besides that very young,” he told Voetbal International.

“We can get him on loan from Chelsea for free, so we haven’t hesitated for a single moment.”

Perica had only broken into the Zadar first team last season, but he hit eight goals in 20 appearances to catch the attention of a number of clubs across Europe.