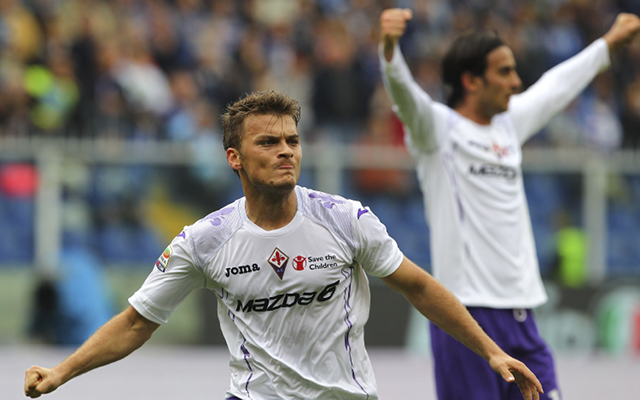 Tottenham and Chelsea target has pre-contract agreement with Milan.

Tottenham, Chelsea and Atletico Madrid all look set to be disappointed in their attempts to land Fiorentina starlet Adem Ljajic, with Spanish publication AS claiming that he has a pre-contract agreement with AC Milan.

The 21-year-old had an excellent season with La Viola in Serie A last year, scoring 11 goals and providing 8 assists, which have seen him attract a lot of interest from all around Europe this summer.

Atletico Madrid were set to bid for him last week, as they still have money to spend from the lucrative sale of star striker Radamel Falcao to Monaco, but it seems that Ljajic has already been snapped up by Serie A giants Milan.

The talented young Serbian is set to join the San Siro side next season, after spending a final year with current club Fiorentina, which will be a blow as well to Tottenham and Chelsea, who were rumoured to be watching him earlier this summer.

However, with their pursuit of other targets, they have now missed out on the attacking midfielder, who will follow in the footsteps of former team-mate Riccardo Montolivo in switching Fiorentina for Milan.

The former Partizan Belgrade man also came close to joining Manchester United as a teenager, before being rejected by the Red Devils and making a name for himself in Italy.