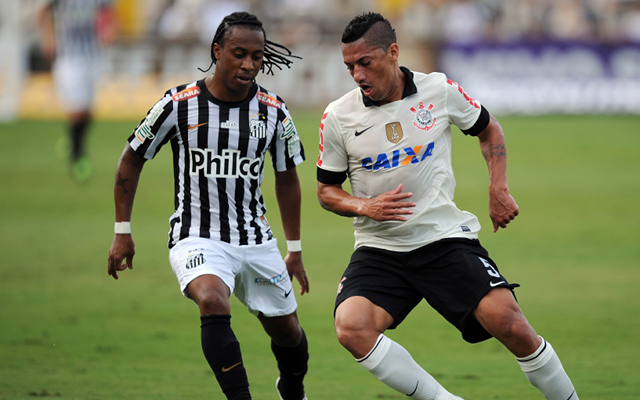 Funds on hold after Parker capture.

Fulham have put their pursuit of Santos midfielder Arouca after they manager to beat QPR to the signing of England international Scott Parker, the Daily Mail reports.

The 26-year-old had been in talks with the Craven Cottage outfit over a £5 million move, before the club signed the 32-year-old former Chelsea and Tottenham midfielder for an undisclosed fee.

Parker is the now the second high profile centre midfielder to join the west London side after Adel Taarabt linked up from QPR on a season long loan.

Arouca began his career with Fluminense back in 2004 and made 122  appearances over a four year spell before he made the switch to Sao Paolo for a single season. He failed to settle there after making just a handful of starts, and spent the rest of the campaign with Santos before signing on permanently during the 2010 off season.

He has gone on to make 172 appearances with Pele’s former side, and has collected quite the trophy cabinet in the process – picking up three consecutive Campionato Paulista, a Copa do Brasil, a Copa Libertadores and a Recopa Sudamericana.

He’s recently broken into the Brazilian national team set up, winning four caps since being called up last year and he now looks set to be staying in southern Brazil.