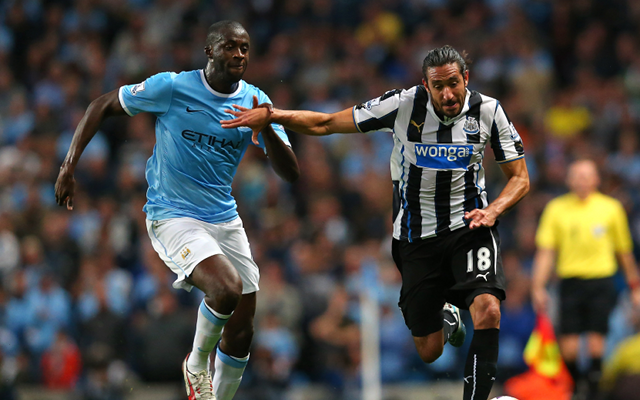 Newcastle United winger Jonas Gutierrez has apologised to the clubs fans for their poor opening day showing that saw them slump to a 4-0 defeat to Manchester City, the Daily Mail reports.

The former Real Mallorca man felt the full force of the fans anger and had no excuses as Steven Taylor saw red late on. However, he is aware that the performance wasn’t good enough and has promised the supporters that the squad will put things right in their next game against West Ham United.

“The fans are going to be angry with us,” he told the Newcastle Evening Chronicle. “We have to apologise to them for the result.

“When you looked at the Man City game, you knew it was a game we could lose.

“They have spent a lot of money and have massive players, so it was a game you knew would be hard.

“We tried our best. Now we are focused on Fulham and West Ham.

“Now we must try to give the fans the points next week. We have to take three points in each of the two home games. We have to be strong.”

Newcastle were missing Loic Remy and Yohan Cabaye thanks to Arsenal’s late bid, much to Alan Pardew’s dismay.