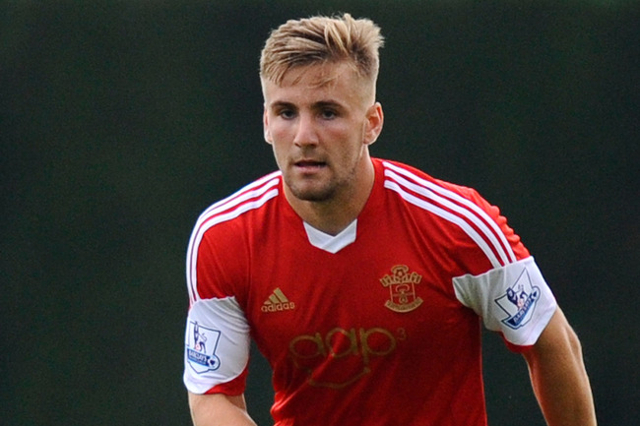 Red Devils are confident of being able to persuade full back to move to the north west.

Premier League champions Manchester United will switch their focus to young Southampton defender Luke Shaw if they fail in their latest efforts to sign Everton left-back Leighton Baines this summer, according to reports in the Daily Express.

The Red Devils have already seen two bids of first £9 million and then £12m for the Toffees full back rejected out of hand by the Merseyside giants, whose newly appointed head coach Roberto Martinez recently described United’s latest offer for Baines as “insulting”.

However, Everton are understood to still be bracing themselves for the imminent arrival of a third bid for the Englishman, although it is expected that even that new improved offer will not be enough to persuade the Toffees to part company with Baines.

And that means that new United boss David Moyes will instead been forced to shift his attentions elsewhere, with the promising Saints left back believed to be next on the Scot’s wish list this summer.

Southampton have already rejected a number of offers for the highly rated 18-year-old during the close season, with Shaw then going on to agree a new five-year deal with the South Coast club on his 18th birthday on July 12.

However, that does not look like preventing United from launching a £10m bid for the former England Under-17 international, who featured in 28 matches in total for the Saints last season.