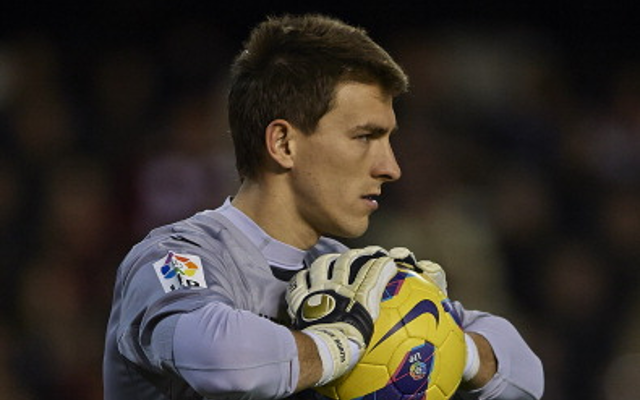 Valencia have told Arsenal and any other potential suitors that they will have to meet their asking price of around £25million for goalkeeper Vicente Guaita, according to Sky Sports.

Arsenal’s search for a new goalkeeper has seen them enquire about the 26-year-old, who may be a more realistic option than another rumoured target, Real Madrid’s Iker Casillas.

With Guaita not guaranteed to be first choice at the Mestalla this season, the Gunners fancied their chances of landing the Spaniard on the cheap, though Los Che president Amadeo Salva has told them this is not the case, and that he is valued as a world class player by the club.

“Guaita is a world class keeper and Valencia has no need to sell. To allow him to go, we would have to study the price,” he said.

Salva added that he is unhappy with Guaita seeking a move away due to a competition for places at the club, as he believes it has shown a lack of respect to the club.

Valencia have already sold star striker Roberto Soldado to Tottenham this summer, and will be keen not to lose more of their key players after a recent record of having them poached by bigger clubs.

World class stars the likes of David Villa, David Silva and Juan Mata have all had to be sold by Valencia in the last few seasons.