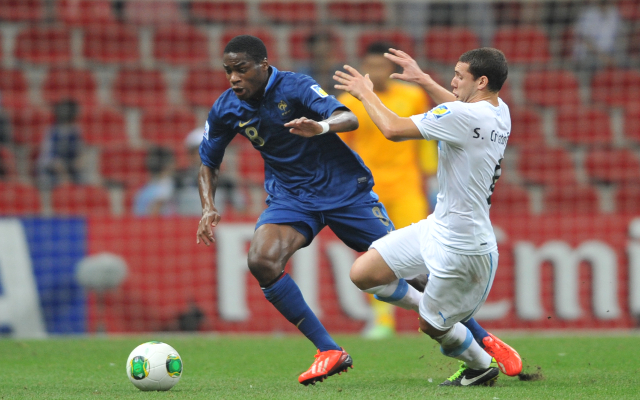 Gunners will need to meet full value of Frenchman’s release clause if they wish to land player.

Arsenal face competition from both AS Monaco and Juventus in the race to sign highly rated Sevilla midfield player Geoffrey Kondogbia this summer, according to reports in the Daily Express.

The north London club are busy attempting to beef up their injury-ravaged squad before the close-season transfer window slams shut for business for the year on Sept 2 in light of their shock opening-day loss to Aston Villa in the Premier League at the Emirates on Saturday afternoon.

And one of the names understood to be on head coach Arsene Wenger’s wish list is that of the coveted France international, who has also been tracked by European heavyweights Chelsea, Manchester United and Real Madrid of late.

However, so far no club has been willing to pay the 20-year-old’s £17 million release clause in his current contract in Southern Spain, seemingly opening the door now for the Gunners to make their own move for the holding midfield player.

That was, though, until the likes of mega-rich Monaco and Serie A champions Juve also both expressed an interest in the Frenchman, who has a contract in Seville that runs until June 2017.

And according to some reports, the Ligue 1 giants have already lodged a bid of £13m for  Kondogbia, who has scored just once in his 31 Liga outings for Sevilla since joining the Spaniards last year, although that still falls short of the player’s £17m asking price, giving Wenger hope that he can still land his man as the race hots up for Kondogbia’s signature this summer.