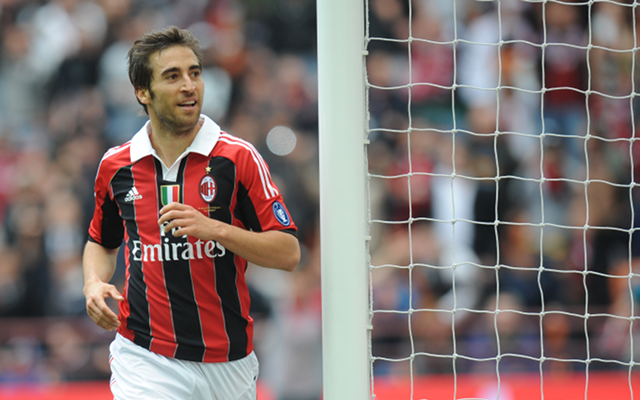 Gunners will first wait to see if they are successful in their attempts to sign Cabaye from Newcastle.

Arsenal are said to be pondering making a surprise move to re-sign midfield player Mathieu Flamini this summer, according to reports in The Times.

The some-time France international was recently released by Serie A giants AC Milan, and as a result the 29-year-old has been spending the past few weeks of preseason training with the north London club at London Colney as he tries to find himself a new club for this season.

So far, the holding midfield player has been attracting interest from the likes of Premier League duo West Ham United and Fulham, however, both those two London clubs have been put off by the player’s exorbitant £75,000-per-week wage demands.

And now it is understood that Arsenal head coach Arsene Wenger is considering offering Flamini a short-term contract to move to the Emirates for this campaign, although that deal may well depend on how successful the Gunners are in their current pursuit of Newcastle United midfield player Yohan Cabaye.

Arsenal have already had one bid of £10 million for the France international rejected out of hand by the north-east giants, who value the player at closer to the £20m mark, but with big-spending Ligue 1 champions Paris Saint-Germain also in the running for Cabaye’s signature, Wenger may still be forced to return to Flamini, who made 153 appearances for the club between 2004-08.