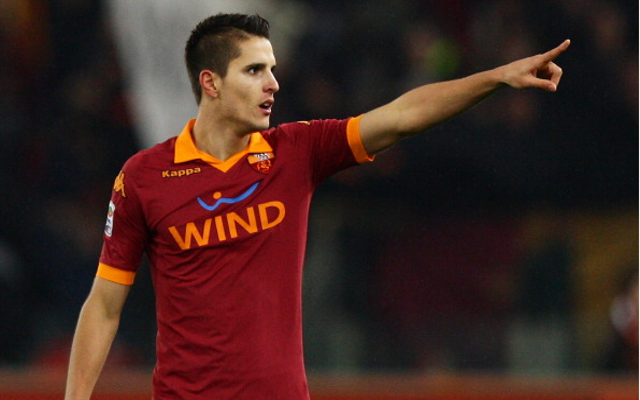 Argentina attacker could cost AVB as much as £25m.

AS Roma front man Erik Lamela appears to be on the verge of a big-money move to Tottenham Hotspur, with the Argentinian’s brother revealing as much on Twitter, according to reports in the Daily Mirror.

The north London club have supposedly been chasing the 21-year-old of late, with a view to bringing the striker to White Hart Lane this season as part of their massive summer spending spree.

So far, Tottenham head coach Andre Villas-Boas has signed the likes of Spain attacker Roberto Soldado, Brazil midfield player Paulinho, as well as Nacer Chadli and Etienne Capoue, all at a cost of a whopping £60 million.

However, Spurs have not stopped there as the club look to rebuild their side, with star man Gareth Bale expected to shortly complete his world-record £103m transfer to Spanish giants Real Madrid.

And now it looks like the club are also set to land Roma’s coveted Argentina international too, if the player’s brother Brian is to be believed that is.

Brian Lamela was speaking on the social media platform when a friend asked him whether or not his brother would be moving to White Hart Lane this summer, to which he replied: “Pablo mate! More than likely, yes (I hope they don’t translate this) hahaha,” before later removing his post.