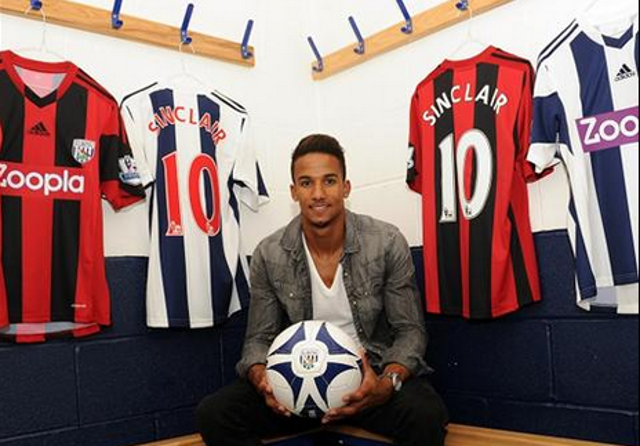 The winger is discussing personal terms with West Brom and will hope to complete his move away from Manchester City in the next couple of days.

Scott Sinclair’s nightmare spell at Manchester City looks to be over with the winger officially completing a loan move to West Brom.

Manchester City have been keen to sell Sinclair all summer and have been in discussions with West Brom for sometime.

While City wanted the winger to leave on a permanent deal, West Brom only wanted to sign Sinclair on loan.

However, the two clubs have now come to an agreement where Sinclair will join West Brom on loan this season and then the Baggies will have the option of buying the winger on a permanent basis next summer.

Sinclair is now discussing personal terms with West Brom and is set to have a medical with the Baggies, meaning the deal could be concluded in the next 24 hours.

Sinclair moved to Manchester City from Swansea City last summer but struggled to break into the Sky Blues first team, making only a handful of starts for the Premier League runners-up.

The winger will now hope for more first team football at the Hawthorns as he tries to re-create the impressive form that he showed during his time with Swansea.