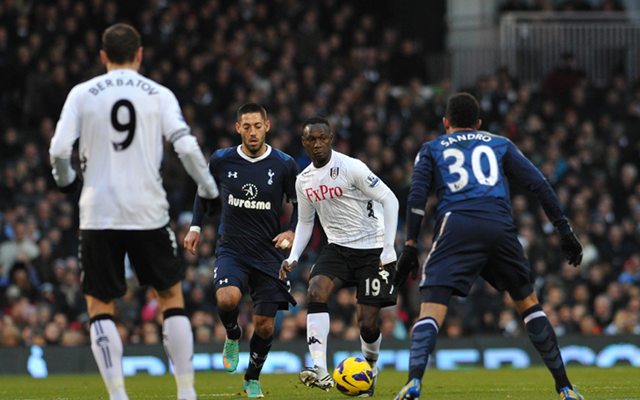 Fulham have told former Real Madrid midfielder Mahamadou Diarra to prove his fitness before they offer him a new deal to stay at the club, Sky Sports reports.

The 32-year-old was released by the west London club at the end of last season after missing out on any action since injuring a knee in December 2012.

Diarra is yet to return to full match sharpness and remains in the free-agent pool as a result. However, he has been training with the Cottagers during the off season and could still yet be offered a new deal by Martin Jol should he be able to prove his fitness as well as proving he is worth a spot in the starting line up.

“He is doing a lot of ball work and the warm-ups with us,” the Dutch coach told the Fulham Chronicle of the former Real Madrid enforcer.

“He needs another three or four weeks before playing games with us or the reserves and then we will make a decision on him.”

Diarra made just 19 appearances for Fulham in his two seasons at the club, with only eight coming last term, but Jol still feels he may still have something left to offer and has challenged him to prove it.