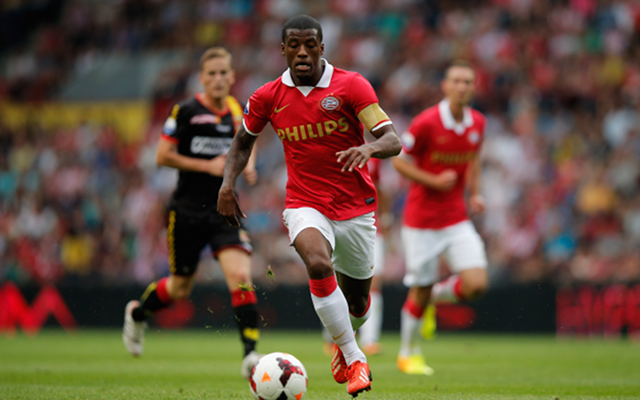 Arsenal set to miss out on yet another player.

PSV Eindhoven midfielder Georginio Wijnaldum has said that he has no intentions of leaving the club this summer despite apparent interest from Premier League side Arsenal, Sky Sports.

The player has been with the club since 2011, where he joined from rivals Feyenoord, and he has made an immediate impact after being handed the captain’s armband at just 22-years-old. He has also earned a recent recall into the Dutch national set up.

A move to Arsenal had been mooted in light of their unsuccessful bid for Newcastle United midfielder Yohan Cabaye, but Wijnaldum has insisted that he will be remaining in Holland for the time being.

“At the end of last season I promised in a meeting with the coach and technical director, Marcel Brands, that I would stay,” he said following his side’s 1-1 draw with AC Milan on Wednesday.

“This has nothing to do with the fact that I’m now captain. The point is that I have given my word.

“Clubs being interested in me is a sign that I’m doing well, but I’m happy with PSV.”

Wijnaldum has made 99 appearances for PSV, scoring 38 goals and creating 18 assists and is now entering his third season at the Philips Stadion.