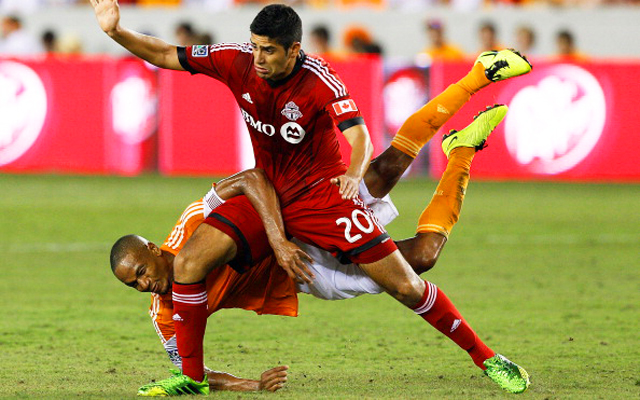 The Argentinian midfielder will miss four to six weeks with the injury.

Toronto FC’s Matias Laba will be out for between four and six weeks with a fractured toe.

The Argentine sustained the break to his big toe during his side’s 2-0 loss to Columbus Crew on Saturday at Dick’s Sporting Goods Park.

Laba tweeted a picture of his foot in a support after a visit to the hospital on Wednesday:

The 21-year-old only joined Toronto in April of this year after signing on a $200,000 guaranteed DP contract. Despite having scored just the one goal so far this season, Laba and Toronto were beginning to show an improvement in form with two of their four league wins this season coming in the past month.