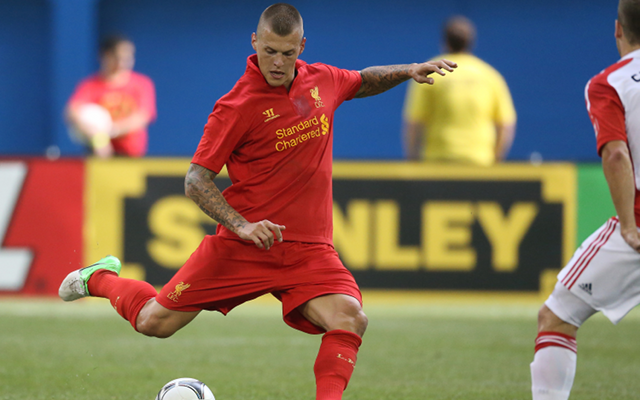 Napoli were hoping to sign Skrtel for around £10 million but their approach has been rejected by Liverpool.

Liverpool have rejected an approach from Napoli for centre back  Martin Skrtel, BBC Sport reports.

Napoli contacted Liverpool on Tuesday regarding the availability of Skrtel and hoped to sign the defender for around £10 million.

Although Liverpool haven’t commented publicly about the decision, it is understood that the club don’t want to sell Skrtel with fellow defender Sebastian Coates out injured with a serious knee injury.

Skrtel is facing competition for a place at the heart of Liverpool’s defence from Kolo Toure, who arrived at Anfield earlier in the summer on a free transfer from Manchester City.

Some reports suggest that Sktrel would be interested in a move away from the club in order to get some first team football but Liverpool manager Brendan Rodgers wants to keep him at the club for the time being unless another centre back in bought.

Napoli’s new manager, Rafa Benitez, has been eager to strengthen the Italian clubs defence this summer as he tries to challenge Juventus for top spot in the Serie A table.

Benitez is known to rate Skrtel highly, having brought him to Anfield when he was Liverpool manager.