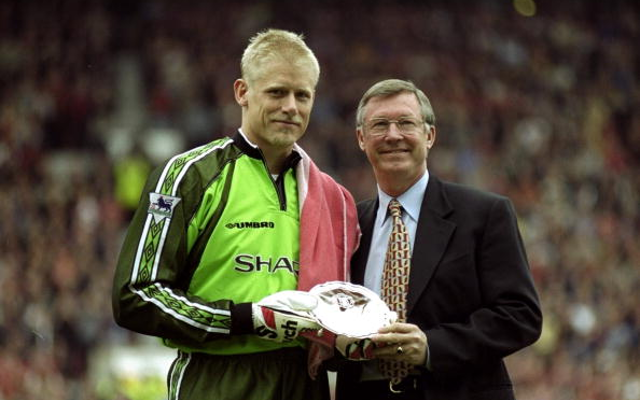 Former Manchester United goalkeeper Peter Schmeichel has given his backing to the club to retain their Premier League title by insisting that the current crop are strong enough to fend off all challengers, talkSPORT reports.

Many fear that the club has lost ground this season after seeing the likes of Chelsea and Manchester City strengthen significantly during the transfer window – something United have failed to do thus far.

However, since witnessing United’s 4-1 demolition of Swansea City at the weekend, Schmeichel is adamant that David Moyes’ men posses enough to maintain their challenge across the entire campaign.

“That first game I knew was going to set the tone and we went there and won 4-1 in emphatic style and answered a lot of questions that have been asked of Manchester United for the past three months,” he said.

“Man United looked really solid. There is a lot of strength in depth and a lot of young players coming through the ranks.

“We are hearing that one or two more players might still be added to the squad, but it is a squad of players that won the championship by 11 points only three months ago, so they have got that experience now and they will be much, much stronger this year.”

Schmeichel also said that the club would be crazy to cash in on England striker Wayne Rooney as speculation continues to mount over his future following interest from both Arsenal and Chelsea.

“No money is big enough to give him to Chelsea or to Arsenal. Why would you strengthen your opponents?

“Winning the championship this year is probably the most important thing for a long time for Man United. There’s no Alex Ferguson anymore so we have to prove we are still competitive and we can still win championships. Why would you sell your best player, or one of your best players?

“I don’t know what needs to be done for David Moyes to kill the story. He has said it many times that no amount of money will make him sell Rooney. Hopefully, he will stand by those words because he is such a good player and he is so important to Man United.”