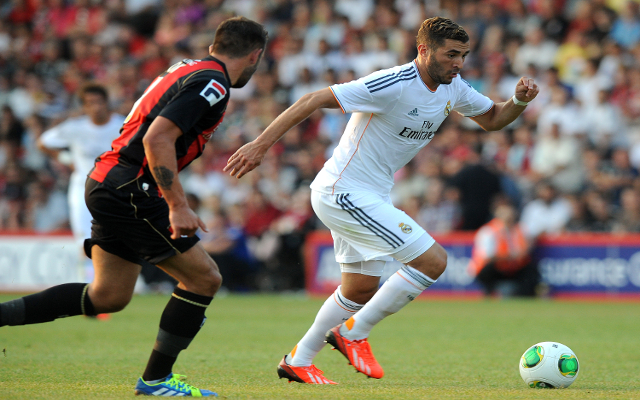 Arsenal target could make way for Liverpool star at the Bernabeu.

La Liga expert Graham Hunter has told talkSPORT that he believes Real Madrid may be willing to sell Karim Benzema to Arsenal to raise funds to sign Luis Suarez.

Arsenal have been linked with a number of strikers all summer, including Suarez and Benzema’s former Real Madrid team-mate Gonzalo Higuain, and the latest rumours suggest they could bid £40million for the French international.

Benzema could not quite find his best form for Los Blancos last season, and his future has also come under some speculation at points this summer, with Manchester United believed to be showing an interest earlier in the transfer window.

Although Suarez appears to have resigned himself to staying with Liverpool, it is understood that Real Madrid still see him as a potential target, and would be keen to reinvest money from Benzema’s sale on the talented Uruguayan.

Hunter said: “Benzema has not convinced over the last ten months and was booed off at the weekend when substituted, despite scoring.

“Madrid see a scenario where they are willing to trade Benzema to get the money to try to go after Suarez. That’s their strategy.”

Suarez could be the second big name moving from the Premier League to the Spanish giants, following Tottenham star Gareth Bale, who looks ever closer to completing a sensational £93million switch to the Bernabeu.