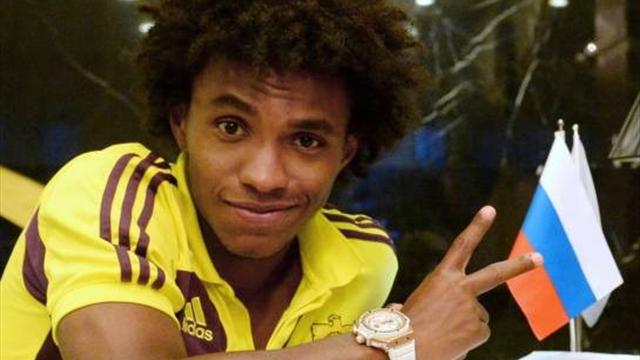 Tottenham are edging ever closer to completing the signing of Anzhi Makhachkala forward Willian, with Sky Sports reporting that the Brazilian has passed his medical with the club.

The 25-year-old is expected to make a £30million switch to White Hart Lane and be the latest in this summer’s revolution happening at Spurs, with manager Andre Villas-Boas investing heavily in revamping his squad.

Willian first burst onto the scene at Ukranian side Shakhtar Donetsk, and has been linked several times with the likes of Chelsea and Liverpool, and his signing represents a real coup for ambitious Spurs.

With the versatile attacking player set to put pen to paper on a five-year contract, rumours also suggest that he will be joined at the club by highly-rated Roma starlet Erik Lamela, also for £30million.

Villas-Boas’ side are now being talked up as potential title contenders following their spending, despite the loss of PFA and FWA player of the year Bale.