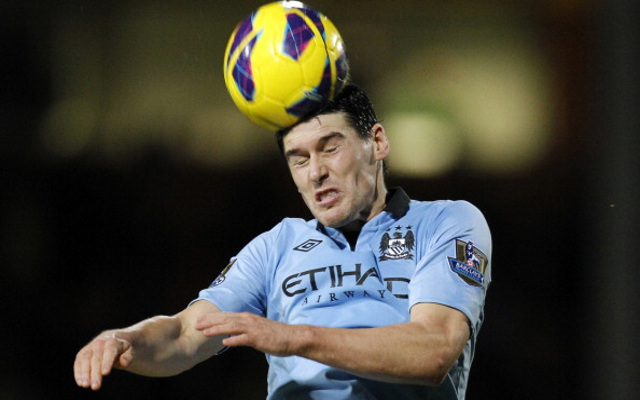 Toffees only want Englishman on loan this season.

Manchester City are said to be prepared to wait until as late as possible in the transfer window before offloading experienced midfield player Gareth Barry, according to reports in the Daily Mail.

The England international has been given the option this summer by new City head coach Manuel Pellegrini either to stay in the north west and fight for his place in the Blues’ starting lineup, or to depart Eastlands and find a new club before the close-season window slams shut for business for the year on Sept 2.

However, it is understood that the 32-year-old is leaning towards the latter option following the Chilean’s decision to sign Brazil international Fernandinho from Ukrainian giants Shakhtar Donetsk earlier this summer to play in Barry’s midfield holding role in the team going forward.

And, with it also being a season that ends next June with the 2014 World Cup finals in Brazil, Barry is believed to be even more determined to push through his exit from City so as to be able to be playing regularly and keep hold of his place in England manager Roy Hodgson’s squad travelling to South America.

But with City understood to be holding out for a permanent deal for Barry, who has scored eight goals for the club in 175 appearances, the defensive midfield player may have to wait a little longer before he finds himself a new team, with main contenders Everton only willing to take the Englishman on a season-long loan at present.