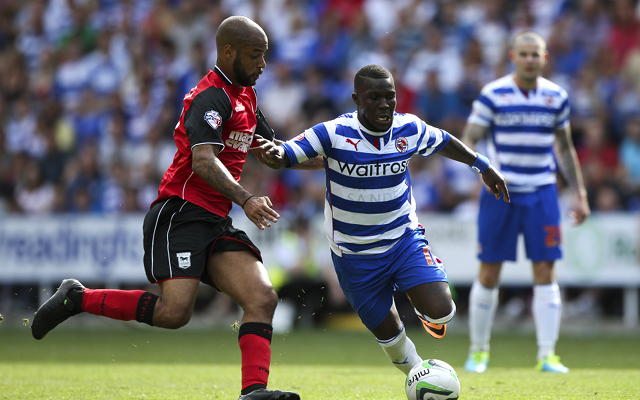 Drenthe loving life with the Royals.

Former Real Madrid and Everton full back Royston Drenthe has said that he hopes for a long stay at Reading as he finally feels settled at the club, Sky Sports reports.

The Dutch international joined the Royals in June from Russian club Alania Vladikavkaz, having played for four clubs in the past three years amidst fears that he would become yet another nomadic journeyman.

And after living in the club hotel at the Madejski Stadium, the former Real Madrid man has moved into his own house and is feeling happy and settled in Berkshire.

“I have a house and I don’t have to stay at the stadium,” he said.

“I’m really happy to be here and I hope I can be here a long time.”

He also claims to be back to full fitness following work with the club’s coaching staff and manager Nigel Adkins, feeling that he can now show the team’s supporters what he can really do.

“They worked really hard with me. It was a really tough pre-season but I’m in really good shape now.”

The 26-year-old has already taken in spells with Feyenoord, Real Madrid, Hercules, Everton and Alania.