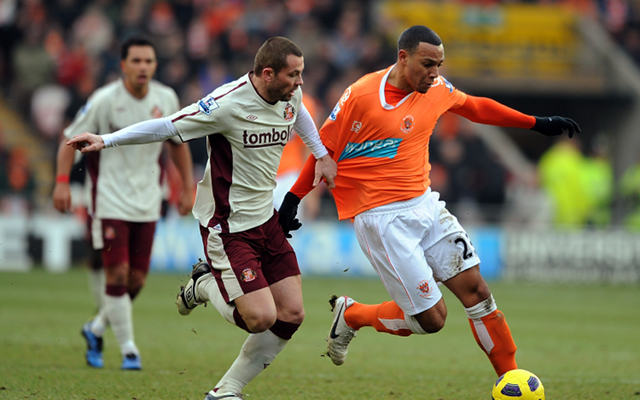 QPR manager Harry Redknapp has confirmed that the club are on the verge of landing Blackpool winger Matt Phillips for a deal in the region of £5 million, the Daily Mail reports.

The Scottish international is currently sidelined with a broken arm and hasn’t yet featured for the Seasiders this season, but that hasn’t stopped Redknapp from making his move as he has received assurances over the player’s fitness.

Phillips is one of the most sought after players outside of the top flight next to teammate Tom Ince and will hopefully help the Hoops back into the Premier League at the first time of asking.

The multimillion pound deal includes add-ons, but Wycombe Wanderers – Phillips’ first club – are due a percentage cut of the transfer fee.

Phillips only joined Blackpool three years ago, but interest in him from elsewhere stems back to his early days at the club. Last summer Southampton has a bid turned down for his services, but this time ‘Pool have been forced to sell as he currently has only one year left on his current deal.

The sale will now mean that Paul Ince will be reluctant to let son Tom leave the club as his already small squad has been depleted further of one of its main creative outlets.