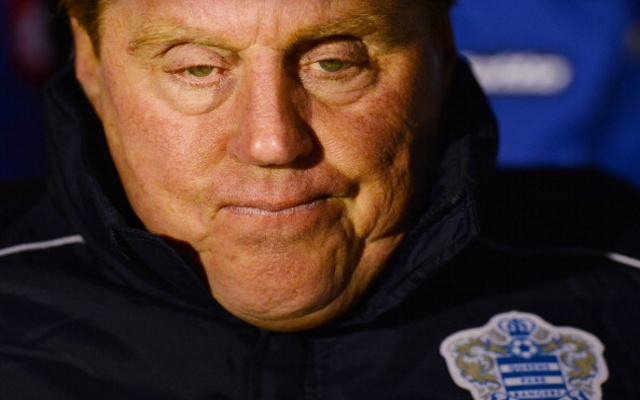 Redknapp rules out triple raid on his old club.

Queens Park Rangers manager Harry Redknapp has admitted he is not optimistic of signing three players from his old club Tottenham, according to Sky Sports.

Despite suffering relegation from the Premier League last season, Redknapp has had some ambitious transfer targets for Rangers this summer, and was reportedly keen on bringing in Andros Townsend, Jermain Defoe and Benoit Assou-Ekotto from Spurs.

The 66-year-old also tried to sign Scott Parker from his former side, before the midfielder opted for a switch to Fulham instead.

It has been suggested that Spurs could allow Defoe to leave this summer, after the England international had a disappointing campaign in 2012/13, and with Andre Villas-Boas signing £26million striker Roberto Soldado from Valencia.

Townsend also faces a great deal of competition for places at White Hart Lane, with new signings such as Nacer Chadli joining the club, and possibly the likes of Erik Lamela and Miralen Pjanic to follow. The young winger also had a good loan spell with QPR for the second half of last season, and Redknapp had hoped to either sign him permanently or take him on loan again.

Left-back Assou-Ekotto also appears to not be in Villas-Boas’ first-team plans this season, though he looks likely to stay at the club as a backup player for the time being.

“Anyone would like Jermain, but it’s a difficult one really,” Redknapp said. “They’re both Spurs players and it would be hard.”