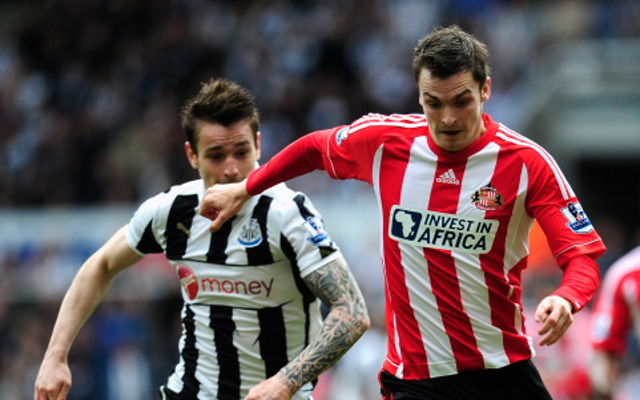 Wide ace hoping for a good season to secure a seat on the plane to Brazil.

Sunderland winger Adam Johnson has admitted that he is still hoping to make the England squad for next summer’s World Cup in Brazil, the Daily Mail reports.

Johnson has found himself on standby for the previous two tournaments and he won the last of his 12 caps a year ago having fallen out of favour at Manchester City. However, he still hopes to be able to impress Roy Hodgson at Sunderland this year as the desire to play for England ‘burns inside’ him.

The 26-year-old made the £10 million switch from City last summer but has failed to reach the standards he set himself earlier in his career. He has survived Paolo Di Canio’s mass cull at the club this time around and is now just one of seven English players in the side and he now hopes to give Roy Hodgson no choice but to pick him.

“This is probably as good as I’ve felt for a while now and I’m excited for this season. Hopefully I’ll get even fitter and stronger. The first game was a bit of a shock for everybody, but I’m sure the team will get better and me personally as well. I’m feeling good,” he said.

‘England is still burning inside me. It’s a massive season for me, just as it is for every player who has represented their country. I’ve said this before, but to be on standby for the last two major tournaments and to miss out both times was really disappointing and tough to take, particularly with the way I was playing at the time.

“This is huge for me, there’s a massive carrot at the end of the season and if I can get some good performances and we get the team playing well then you’d like to think that the England people will take notice. That’s how it has to be. I have to do it for Sunderland first.

“It sounds easy to do, play well, team play well, get in there, but it’s not. It’s difficult. I saw that last season, when I wasn’t playing well individually and the team was struggling, too, that makes it harder for you to find your form. This season we’re trying to get the ball higher up the field and that helps and my sharpness is definitely a lot better. I feel quicker and stronger in myself.

“I’m driven to prove myself. I’ve had quite a big taste of that side of things. I know what it takes to be at the top, to win the league, to play for my country. I haven’t been with England for a while, for a year now, but that just drives me on more. Not to prove other people wrong so much, but to try and play well and get back into that set-up. There’s a massive reward at the end of it.”