A collection of big name targets the Emirates Stadium side should be looking to sign this summer.

It’s been the all too similar story of missed targets and unfulfilled signings at the Emirates Stadium this summer.
Manager Arsene Wenger supposedly has a £70m budget burning a substantial hole in his back-pocket and he has even been able to successfully offload a number of squad players to help free up additional funds for his anticipated transfer business.

However, despite the money being readily available and a palpable need for strengthening throughout his side, Wenger has not expended a penny this summer with only French youngster Yaya Sanogo arriving on a free transfer as frustration grows among Gunners supporters.

The long-serving boss has now been offered something of a warning shot after their abject showing in the 3-1 defeat against Aston Villa on Saturday and the French boss has reportedly made bids for Yohan Cabaye, Ashley Williams and Michu. All good players, but none of which are going to significantly improve the side to bring them up to scratch with United, City and Chelsea challenging at the top of the Premier League.

There are potential quality signings staring Arsenal in the face but Wenger, as usual, refuses to pay the premium price involved and instead they will end up elsewhere. Here are five top-class additions that Wenger should be trying to sign but will end up being missed. 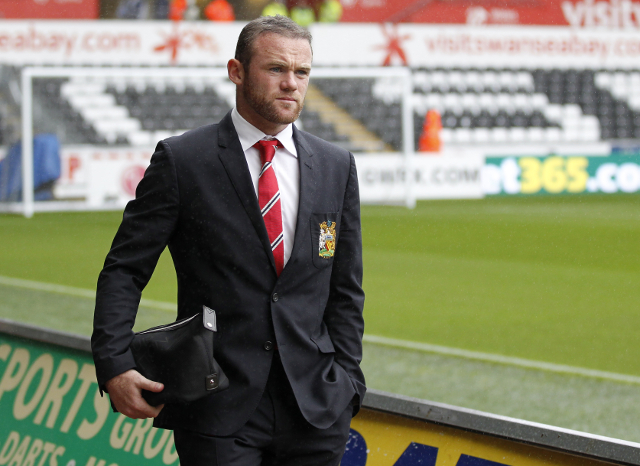 The Manchester United forward is being heavily pursued by Chelsea and their new boss Jose Mourinho but if Wenger hold real ambitions to seize the initiative and bring the Gunners back into title contention, landing the 27-year-old England international should be priority number one in the transfer market.

The hunt for a marquee signing in Liverpool forward Luis Suarez seems to have hit a brick wall with the Uruguayan now happy to remain at Anfield despite earlier reports to the contrary and Arsenal are now understood to be looking at other options in attack with Rooney still a small possibility.

The English striker is thought to be unsettled with life at Old Trafford and he even submitted a transfer request towards the end of last season although the summer departure of Sir Alex Ferguson could change things.
Chelsea have already seen two bids rejected by the Red Devils who remain adamant that Rooney will not be sold to one of their Premier League rivals during the current transfer window although United are more likely to sell to Arsenal than the Blues.

The former Everton striker may be reluctant to sign for a side who without a trophy in over eight years but if Wenger can strongly contest his United wages while offering him the chance to be the main focal point in attack, Rooney would find any opportunity to move to the Emirates Stadium difficult to turn down.