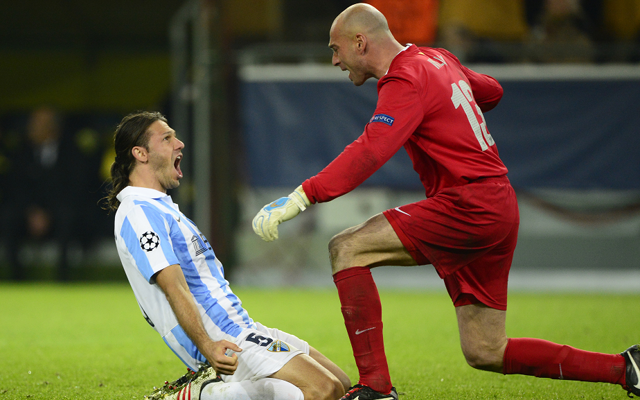 Pellegrini is badly short of bodies at the back at the start of the new campaign.

Check in to Transfer Window: Done Deal Alerts
Manchester City have suffered a huge injury blow with the news that captain Vincent Kompany is now expected to be out of action for a month, and not the two-week period that the club had originally expected the centre back to be missing for, reports The Times.

The Belgium international suffered a groin injury during the second half of City’s opening-night 4-0 win over Newcastle United in the Premier League at Eastlands on Monday, with new head coach Manuel Pellegrini at first claiming that Kompany would only be sidelined for a fortnight.

However, scans have since revealed that the injury was worse than first feared, meaning the influential centre back will not be back in action until the middle of next month.

And with City currently badly short of numbers at the back, with right-back Micah Richards currently out for a month with a hamstring injury and first-choice central defender Matija Nastasic only having just returned to training this week after suffering an ankle injury in preseason, Pellegrini may now be forced back into the transfer market in order to bring in some much-needed defensive cover at the back at Eastlands.

As a result, the experienced Chilean is believed to now be weighing up making a move for Atletico de Madrid defender Martin Demichelis, despite Pellegrini’s concerns about the Argentina international’s general lack of pace.