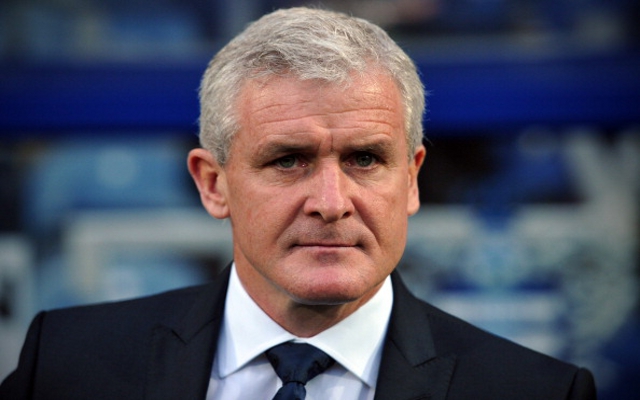 The Stoke manager hopes Bale doesn’t struggle with Spanish culture like he did during his two year spell at Barcelona.

Bale looks set to join the Spanish giants before the transfer window closes on September 2nd, with Real Madrid reportedly ready to pay Tottenham a world record £93 million to bring the Welshman to the Santiago Bernabeu.

Hughes spent two years at Barcelona during the 1980’s and struggled during his time in Catalonia.

The Stoke manager hopes Bale learns from his mistakes and embraces the Spanish lifestyle while also enjoying the challenge of playing for one of the best clubs in the world.

“If it does go through I would just tell him to embrace everything about it,” Hughes told reporters.

“I went with the wrong frame of mind in terms of thinking ‘I’ll go out here for a couple of years and then get back’, which is totally the wrong way to go about it.

“You need to embrace everything, the language, the lifestyle and if you do that it makes what you are doing on the football pitch a hell of a lot easier.

Bale’s transfer to Madrid looks to be close, with reports in Spain suggesting the Welsh winger could be unveiled as a Real Madrid player as early as next Monday or Tuesday.