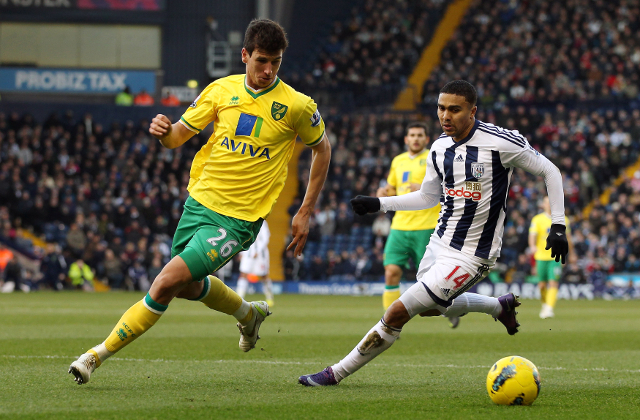 The 22-year-old spent last season on loan with Championship side Nottingham Forest and Hughton has admitted that is best for the Spaniard to be playing regular first team football at this stage of his career, something which he cannot guarantee him.

Ayala has been linked with a move to Middlesbrough this summer, on loan initially with a view to a permanent deal at the end of the season, but so far Hughton has decided to keep quiet on the matter.

Speaking to The Pink’un, Hughton said: “We are making assessments of the whole squad.

“We have brought in eight players now but we have had more go the other way so we have to get the balances right.

“Dani is someone who went out on loan last season but came back and I have to say looked very good in pre-season training and he has been involved from day one this summer.

“That is one we are assessing, but it is important for him to get games at his age.”

Ayala transferred to Carrow Road from Liverpool in 2011 but has to date made only eight appearances for the club.