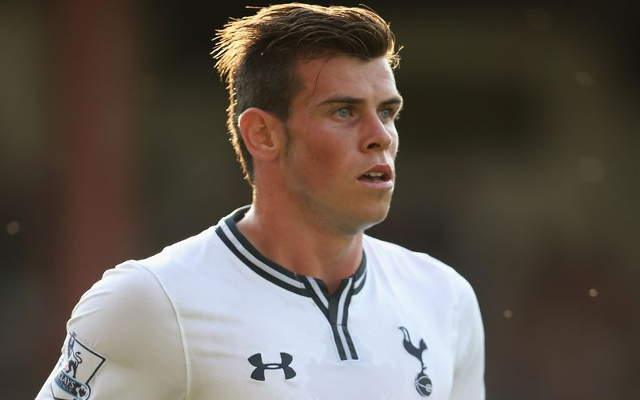 Real Madrid are hoping to complete the signing of Bale sometime over the weekend so that the Welshman can be unveiled to fans at the Santiago Bernabeu early next week.

Check in to Tottenham Hotspur vs Swansea City

The first offer is an £86 million deal with structured payments over the next three or fours year, which would break the current world transfer record of £80 million that Madrid paid Manchester United for Cristano Ronaldo in 2009.

The second option is a one off payment worth £70 million, significantly less than the other £86 million offer that Madrid are proposing.

However, a Madrid player, possibly Fabio Coentrao, could be thrown into the deal in order to bump the price up.

If that were to happen then that option would also be worth more than the £80 million that Madrid paid for Ronaldo.

Talks between Madrid and Spurs are thought to be at an advanced stage, with Bale being determined to move to the Santiago Bernabeu.

Madrid will be hoping that they can conclude a deal with Spurs sometime over the weekend so that they can unveil their new superstar early next week.

However, that depends on Spurs, who want to get as much money as they possibly can out of the sale of their star player.