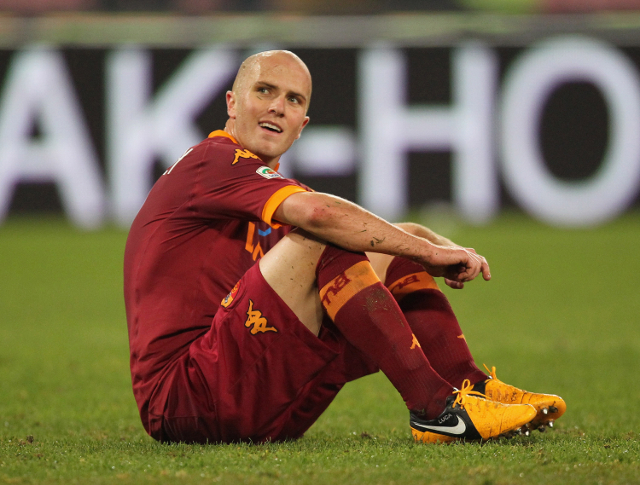 Sunderland are said to have made an offer of around €7m (£6m) for Roma midfielder Michael Bradley according to Italian sources.

Black Cats boss Paolo Di Canio has publicly stated his interest in signing a central midfielder and may feel that the tough tackling American international is an ideal man for the job.

The 26 year old enjoyed a moderately successful first season at the Stadio Olimpico, a move he secured following an impressive term with Chievo, and there is a possibility that Bradley would be interested in joining compatriot Jozy Altidore at the Stadium of Light.

New Roma boss Rudi Garcia has signed Dutch midfielder Kevin Strootman, a move that could perhaps result in Bradley playing a move limited role at the Serie A club.

The son of former United States National Team Coach Bob Bradley, Michael left the confines of the MLS back in January 2006, first moving to Holland to join Heerenveen before spending three successful seasons in Germany with Borussia Monchengladbach. Bradley had a fairly average loan spell with Aston Villa before then moving to Italy.