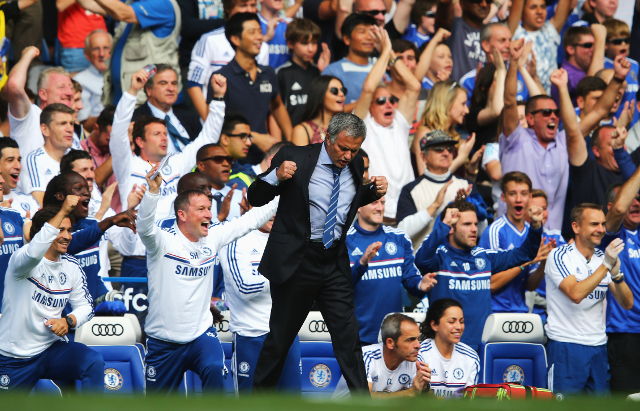 Brazilian on his way to Stamford Bridge.

Chelsea have seemingly completed a deal to beat Tottenham in the pursuit of impressive Brazilian international Willian with the Metro claiming that the 25 year old Anzhi attacker has signed a five years contract with the West London club.

Tottenham had appeared to have won the race to bring in the former Shakhtar Donetsk man, who even passed a medical with the White Hart Lane side, before Jose Mourinho made his interest in the player known to owner Roman Abramovich. The Russian billionaire is said to have contacted Anzhi’s Suleyman Kerimov to help secure a deal to sign Willian, much to Andre Villas-Boas’s chagrin.

Chelsea will fork out £30m, over two installments, to bring in Willian who will join his fellow countrymen Oscar, Ramires and David Luiz at Stamford Bridge, perhaps preferring the chance to ply his trade with a side who could immediately offer him Champions League football for this campaign.

Willian made just 15 appearances for Anzhi before the club opted to cut costs as they look to balance the books having invested huge sums into their squad in recent seasons.

Jose Mourinho has had a relatively quiet summer on the transfer signings front, having brought in youngsters Andre Schurrle and Marco van Ginkel as well as veteran keeper Mark Schwarzer. One wonders if the Portuguese boss has any other big name signings up his sleeve?