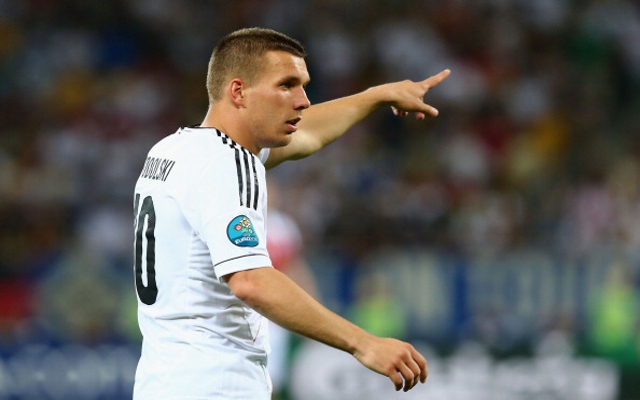 Galatasaray president Unal Aysa has denied that his club have made an approach for Arsenal forward Lukas Podolski, according to the Daily Express.

Podolski’s future has come under some speculation in the last couple of days after starting Arsenal’s first two games on the bench, despite only having joined the club a year ago from FC Cologne.

The German international had a strong first season in the Premier League, scoring 16 goals for the Gunners, but it is thought that he could be made to make way as Arsene Wenger brings new signings in, with the Gunners eyeing some big-name targets in Real Madrid pair Karim Benzema and Angel Di Maria.

Schalke have also been linked with Podolski, as, surprisingly, have Arsenal’s north London rivals Tottenham, who have invested heavily in new players this summer.

Galatasaray were linked with Podolski earlier in the summer, with the Turks said to be targeting several big names in addition to Didier Drogba and Wesley Sneijder, who both joined the club in January.

However, they have ruled out making an offer for the 28-year-old at the moment, with club president Aysa saying: “We have not been in contact with Podolski.”

It is thought that Arsenal would set an asking price of around £20million for the former Bayern Munich attacker.