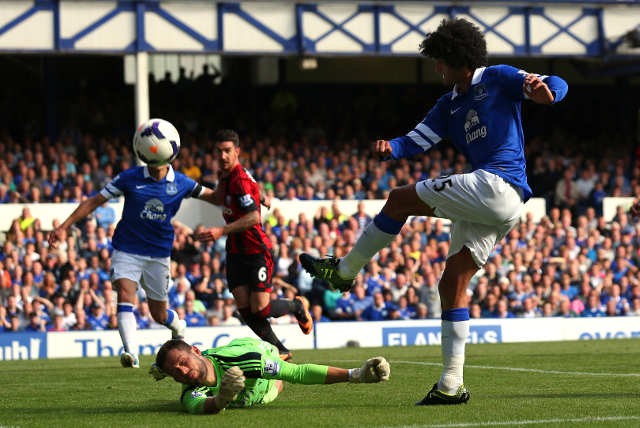 Man United boss David Moyes has urged his former club to sell their star pair this summer according to the Metro.

The Old Trafford manager has already made one bid for Marouane Fellaini and Leighton Baines which was turned down flat by the Toffees and is now of the belief that the Goodison Park side should allow the duo to leave the Merseyside club, stating;

‘I definitely have sympathy for Everton, but I also know if I had been Everton manager and Sir Alex Ferguson had come asking for Baines and Fellaini I’d have found it very difficult to keep them.

‘Roberto is new in his job and I’m sure he’ll get to understand how Everton work.’

Moyes saw a £28m bid for the pair fail and is now ready to make a second offer of £35m, which is still likely to be short of any valuation Everton have with regards to their two most effective performers and one wonders if either player will demand to leave in the hope of forcing the issue.

David Moyes is yet to make a high profile signing as Man United boss and appears to be very determined to raid his former club to help strengthen the squad he inherited from former boss Sir Alex Ferguson.