Ten transfer targets for the Gunners as the summer draws to a close.

It has been a frustrating summer so far for Arsenal fans who’d hoped this might finally be the year that Arsene Wenger dips into his significant transfer kitty to strengthen his squad to challenge for silverware. With not long left in the transfer window, only youngster Yaya Sanogo has been brought in from Auxerre, and a number of big-name targets have slipped away. Wenger is still on the lookout for new players though, and with reinforcements needed in almost every area of the Gunners’ squad, there are plenty of potential signings that could still go through before the transfer window slams shut. 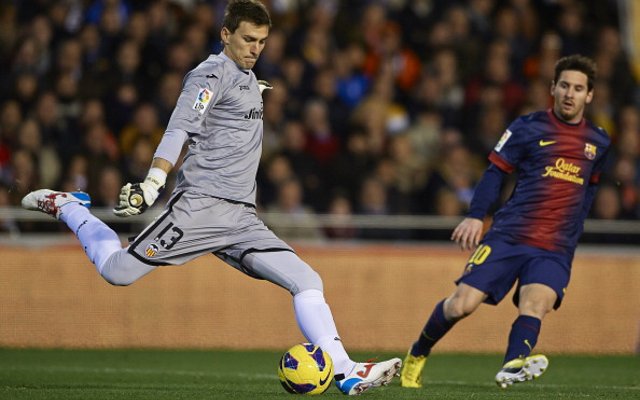 Arsenal could definitely do with a more reliable number one than Wojciech Szczesny. The Polish goalkeeper found himself dropped to the bench by Arsene Wenger last season before an injury to Lukasz Fabianski forced him back into action. After a questionable display in the shock 3-1 home defeat to Aston Villa on the opening day of this season, the doubts are still there about the 23-year-old’s ability and mentality, leading several new shot stoppers to be linked with the Gunners.

One is Valencia’s Vicente Guaita, a 26-year-old Spaniard who is not necessarily even the La Liga side’s established first choice. Still, they reportedly want around £25million for him, and are highly reluctant to let him leave at all. It is not like Wenger to pay big money for a goalkeeper, and there certainly could be cheaper options out there for the Arsenal boss.