Gunners hope to be able to persuade los Blancos stars to move to the Emirates.

Arsenal are planning on spending their entire summer transfer budget on the Real Madrid attacking trio of Karim Benzema, Mesut Ozil and Angel Di Maria, according to reports in the Daily Mail.

The north London club have so far been fairly inactive in the close-season window, with head coach Arsene Wenger’s only two purchases being those of young Auxerre front man Yaya Sanogo, who arrived on a free transfer, and Mathieu Flamini, with the midfield player re-joining the Gunners earlier this week, also on a free transfer. 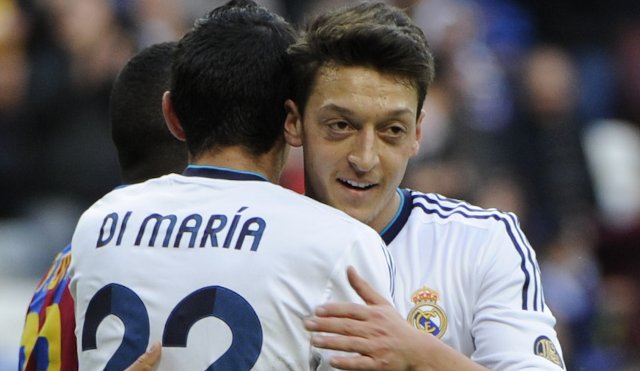 And now the Frenchman wants to splash his reported £70 million transfer war chest on bringing the three Madrid stars to the Emirates, with the los Blancos understood to be keen to offload the players in order to bring in funds to help purchase Tottenham Hotspur playmaker Gareth Bale, who is expected to shortly arrive at the Santiago Bernabeu for a world-record transfer fee of £86m.

However, Wenger knows that it will not be easy to persuade the Madrid men to depart the Spanish capital before the window closes for business on Sept 2, as so far each player has indicated a desire to remain with Madrid and fight for his first-team place with the Liga giants this season.